A group of local musicians mostly from Gulu has expressed disappointment at being turned away from Acholi Inn, where President Museveni’s brother Caleb Akandwanaho alias Salim Saleh was meeting a section of artistes from Kampala.

The artistes from Gulu turned up yesterday on hearing there was a workshop for their colleagues in the vicinity but were shocked when security turned them away.

Attempts to protests their exclusion and getting in touch with their fellow artistes in the building were futile, and they soon would disperse.

Meanwhile, a select group of artistes led by self-proclaimed Big Size Moses Ssali alias Bebe Cool was in the building undertaking a workshop under the theme; “Strengthening the Cultural and Creative Industry in Uganda”.

The workshop that ends today was organized by Salim Saleh in conjunction with the ministry of gender under the cultural affairs department.

A war has erupted recently in the music industry citing favoritism by certain artistes in distributing a covid-stimulus fund that is being prepared by the government.

This week, a list with Bebe Cool, Jose Chameleone, Pallaso, and Weasel among others in which they were petitioning Salim Saleh for compensation of millions of shillings due to canceled concerts during the lockdown.

Earlier, another section of artistes had developed a misunderstanding following a meeting with Salim Saleh in Gulu. 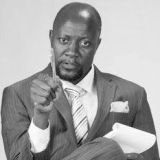