Bleeding heavily, Ahmadi lay on the side of the street. A passerby finally came to his aid, using a scarf as a tourniquet to stanch the bleeding.

At first, it seemed like a regular commute home for Mohammad Ali Ahmadi. The Kabul-based journalist was riding a city van home Saturday evening after leaving work at a radio station.

Sitting in the middle seat of the Toyota TownAce, Ahmadi sensed nothing out of the ordinary about the other passengers, just regular commuters shooting the breeze about the latest developments in the Afghan capital.

Then the passenger next to him, a man who Ahmadi said was bearded and in his early 30s asked what he did for a living.

“What television station do you work for?” the man asked.

“I don’t work for a television station,” Ahmadi said. “I work for Radio Salam Watandar.”

Ahmadi explained that the station was a local radio network and not American. The man, saying nothing, signaled for the driver to drop him at the next stop.

As the passenger stepped out of the van, he pulled out a gun. Without uttering a word, he fired several shots at Ahmadi. Two struck the journalist in the leg.

“It was so sudden and so loud, for a second I thought it was a suicide explosion or something,” Ahmadi said. “It took me some time to realize I’d been hit.”

The gunman fled, the other passengers scurried out of the van and the driver left.

Bleeding heavily, Ahmadi lay on the side of the street. A passerby finally came to his aid, using a scarf as a tourniquet to stanch the bleeding.

“I was still conscious, and I was able to call my family,” Ahmadi told VOA on Tuesday, in an interview from the hospital.

The gunman has not been identified. Ahmadi and his network both said it was unclear which group, if any, the man was affiliated with.

Nasir Maimanagy, managing director of Salam Watandar Radio Network, told VOA that the station reported the attack to the Taliban, who denied responsibility and promised to investigate

“We demanded that they investigate this thoroughly as it’s a crime and it happened under their watch,” Maimanagy said in an email to VOA.

Still, the shooting “has sent a strong wave of fear down the spine of every single employee of (Salam Watandar),” Maimanagy said.

“They are shocked and afraid,” he said. “They feel that soon they will be targeted and much worse might await them. Ahmadi was fired at five times and only two of them hit him. He is lucky to have survived.”

The shooting is one of several violent incidents directed at the media since the Taliban took control of Kabul on August 15.

The Taliban detained and later released at least 14 journalists covering protests on September 7 and 8, according to media watchdog Committee to Protect Journalists. At least nine were subjected to violence during their arrests or detention.

Salam Watandar reporter Shakib Siavash was among those detained and beaten for covering a protest.

Two of those detained, Etilaatroz photographer Nematullah Naqdi and reporter Taqi Daryabi, recalled how they had been beaten and kicked for hours while in custody.

The Taliban have said they would investigate the beatings.

Taliban spokesperson Zabihullah Mujahid has said all media outlets “will be free” as long as they operate within the bounds of Islamic law, known as Shariah, and promote national unity.

During their previous rule over Afghanistan, from 1996 to 2001, the Taliban banned all independent media outlets. Over the next two decades, under Afghanistan’s U.S.-backed government, hundreds of independent radio and TV stations, including Salam Watandar, operated in the country.

Despite the Taliban’s pledge to respect press freedom, dozens of news outlets have shut down, and thousands of journalists have tried to leave the country.

The International Federation of Journalists estimates that at least 153 Afghan media organizations have stopped operating since the Taliban takeover.

Those outlets that have continued are adapting their tone and content to avoid running afoul of the Taliban, according to Salam Watandar journalist Ahmadi.

In a September 16 appeal sent to Reporters Without Borders, a group of more than 100 Afghan journalists — nearly all still working in Afghanistan — called for “a campaign on behalf of press freedom in our country, for the preservation of the gains of the past 20 years, including media independence, pluralism and the protection of journalists.”

“Despite public undertakings by the Taliban, we see concrete signs of an undeclared general crackdown that includes threats to journalists in the field, intimidation of news media and indirect censorship,”the anonymous journalist wrote.

So far, Salam Watandar has not had to make dramatic changes, Ahmadi said.

Established in the early 2000s by Internews, a California-based media development organization, Salam Watandar distributes news and other programming to a network of independent stations around Afghanistan.

“I felt that if things were left as they were, it would not be a huge difference from the past (for us),” Ahmadi said. “Unless, of course, if they change the laws and impose new restrictions on us. In which case, we’d have to change professions or leave the country.”

But the gun attack has changed how Ahmadi feels about his own safety.

Once optimistic, Ahmadi, who graduated from journalism school in 2014 and has since worked as a reporter and editor at several news outlets, says the shooting was a turning point.

“My priority at the moment is to get better, to recover my health,” Ahmadi said from his hospital bed at the Italian-supported emergency hospital in Kabul. “I didn’t want to leave the country before, but after this incident, I’ve come to the conclusion that my life is no longer safe here.” 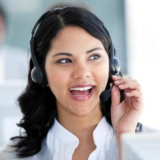