It follows the government’s call for politicians who left during former President John Magufuli’s rule to return, assuring them of their safety, The Northern Pressure reports.

Tanzania’s home affairs minister at the beginning of the week urged exiled politicians to return following a series of talks between the government and political parties.

Some of the high-profile politicians in exile are former presidential candidate Tundu Lissu and former legislators Godbless Lema and Ezekiel Wenje.

After the October 2020 general election, Mr Lissu sought temporary refuge at the residence of the German ambassador in Dar es Salaam, claiming that he had received death threats from Mr Magufuli’s administration.

He had just returned to the country from exile that year to vie for the election, which Mr Magufuli won.

Mr Lissu has been living abroad after he was shot 16 times in 2017 in an assassination attempt widely believed to have been politically motivated.

In December 2020, former MP Godbless Lema fled to Canada with his family after he was granted political asylum.

President Samia took over after the death of her predecessor in March last year and has since been undertaking reforms. 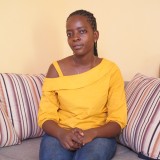