One of the heroes of the five year Luweero bush war that brought the current NRM government to power, Lt Col (rtd) Ahmed Kashillingi has died at the age of 82.

Further details about his death are still scanty.

Minister Muhwezi said in a tweet that Kashillingi was a “brave and dedicated soldier” who served his country diligently.

“I am saddened to announce the passing of comrade Lt Col (rtd) Ahmed Kashillingi. He was a brave and dedicated soldier. He served his country until now when he has gone be with his creator.
May Allah rest the soul of my departed comrade in eternal peace,” Muhwezi said.

According to Military and Security history Uganda, Kashillingi (𝚁𝙾/𝟶𝟶𝟺𝟶) was born in Rukungiri district.

Kashillingi completed his A-level’s at Kigezi College Butobere in 1967 and travelled to Mbarara hoping to join the Uganda Prisons Service but destiny dealt him a different hand.

Denied entry into Uganda Prisons because of his height, Kashillingi was lodging with a relative when he heard of an army recruitment drive ongoing in the town. Kashillingi rushed into town only to find that the process had already ended but that didn’t stop him this time.

When an order came for the recruits to board trucks destined for training school, he simply boarded as though he too had been selected. It marked the beginning of his career. His training would see him train in the UK (admin course), Iraq and Libya (commando courses) in 1970s.

After the fall of Amin in 1979, Kashillingi was arrested and detained at Luzira after a government directive ordered former UA soldiers to report to duty. After months of torture, Kashillingi escaped along with many others and walked over 300km to Rukungiri where he went into hiding.

In 1980, Kashillingi met an old acquintance, Joy Mirembe, who recruited him into the  People’s Redemption Army (PRA/NRA) where he became a legendary commander.

It was Kashilingi who commanded the successful raid on Nakaseke Hospital in 1982 that not only yielded much needed medicines but also resulted in the recruitment of the first medical personnel of the NRA including Lt Col. Dr. Ronald Bata and Major Ondoga Ori Amaza.

As the march towards Kampala gained momentum in 1985, he commanded the NRA 5th battalion in one of the fiercest battles of the war at Katonga Bridge on Masaka-Mbarara road before being tasked with blocking Entebbe road during the final rebel onslaught on Kampala in Jan 1986.

In 1992, he was charged with treason and imprisoned for years under tough conditions before his acquittal in 1995. The nature of his treason was never clarified. Years later, he served in Ministry of Security but soon fell out of the limelight again.

Additional information from the Military and Security History platform 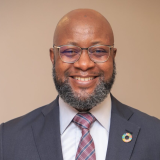 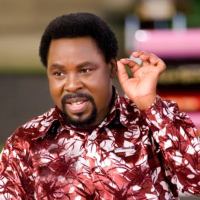