Police in South Africa are searching for a one Yongama Phikwa who allegedly burned his niece Nikita Aliyah Mgoduka with a two-plate stove.

Report says; Nikita was beaten by her uncle Yongama Phikwa because she was out with one of her cousins, this saw her in a critical condition with bruises and burns.

In an interview with Nikita on the matter,she said, “She doesn’t know why she was beaten, but the main intention was to kill her,” Nikita said.

Nikita said the incident happened few days after returning from Tanzania and she doesn’t really know how it started, as everything happened so fast.

Yongama Phikwa is now on the run and being hunted by the police force.

According to unconfirmed reports, he is believed to be hiding in Selby Marshall Town or in the Turfontein area. 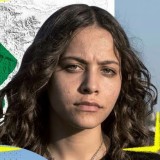