In Kampala, State Minister for International Relations, Mr Henry Oryem Okello, dismissed the claims that Uganda was involved in subversion against Tshisekedi’s government as “hogwash, rubbish” and unsupported with evidence.

“The allegations are false. That is hogwash, rubbish! There is no iota of evidence,” he said yesterday, challenging the accusers to produce any incriminating evidence against Uganda.

Arguing that a peaceful Congo is beneficial to Uganda, minister Oryem-Okello added: “Those (accusers) are attention seekers. They should do some research and bring evidence … Uganda doesn’t support M23 (rebels). Uganda is seeking total peace in eastern DRC.”

The adverse naming of Kampala comes months after Congo cut diplomatic ties with Rwanda it accuses of aiding M23, expelled its ambassador and stopped RwandAir, the country’s national carrier, from DRC airspace. Kigali denies allegations of any machinations.

Highly-placed Uganda government and security sources, speaking on condition of anonymity due to sensitivity of the matter, said Kampala had been briefed that Kinshasa was contemplating similar actions, including blocking Uganda Airlines’ lucrative flights there.
The flare up in violence has stalled the upgrade to bitumen of 223 kilometres of roads linking Beni, Goma and Butembo in eastern DRC, 10 months after the governments of Congo and Uganda handed over the works to Ugandan construction firm, Dott Services. It is unclear if the company is being paid after placing equipment on site during the December 2021 launch.
This publication understands that the $330 million project, to be bankrolled by Uganda, separately encountered unexpected headwinds following a last-minute demand by some officials in Kinshasa that Dott Services pays taxes and sub-contracts the engineering works, fully or partially, to a Congolese company.

There were other adverse developments too. The capture by M23 in July of Bunagana, a major customs point on Congo side, alongside a ban by the rebels on cross-border commerce, has left particularly Ugandan exporters counting losses yet DRC offers Uganda the biggest market share in the region.

But this economic fortune orbited in the risk zone following a whirlwind of activities in Congo on Monday marked by public pronouncements and street protests in Beni City where demonstrators carried placards jointly denouncing President Museveni and his Rwandan counterpart Paul Kagame for their alleged support for M23 rebels.
Mr Pepin Kavota, president of the civil society in Beni, said “on the other side in Rutshuru, Uganda is helping the M23 rebels alongside Rwanda, but when you come here in the Beni territory, there is some kind of hypocrisy”.
“It is on that basis that we say that our country must end the diplomatic relations not only with Rwanda, but also with Uganda,” Politico Magazine quoted Mr Kavota as having said.

The uproar in Congo comes a fortnight before members of the United Nations Security Council Sanctions Committee on DRC are expected to visit for first-hand assessment of the situation on the ground. The snowballing violence in eastern Congo, where the world body runs its largest peace mission, gained global traction after eight UN peacekeepers perished in March, this year, when a helicopter carrying them to an attack zone came down.

Government officials briefed on the planned visit said the UNSC members will establish whether states neighbouring Congo are complying with, and have not breached, any sanctions regime.
Resolution 1533 (2004) obliges UN member states, particularly those neighbouring Congo, not to permit their territories to be used for transit/supply of arms to DRC or for sanctioned individuals to travel and enforce seizure or freezing of assets of such persons, prohibit their airspaces to aircrafts used in abuse of the sanctions, and ensure no transportation violations by neighbours to Ituri and Kivu provinces of Congo.

We were unable to confirm reports that a team of UN experts also planned a trip to independently investigate the accusation levelled by DRC against Uganda and Rwanda, which has separately claimed that Kinshasa is harbouring subversive elements against Kigali.
Sources briefed on the regional security situation said Congo’s suspicion against Uganda rose after Kampala signed a military cooperation with Kigali in May, this year, under which Rwanda reportedly established intelligence coordination presence at the headquarters of Uganda’s Chieftaincy of Military Intelligence, Mbarara and Kisoro, a Ugandan town bordering DRC.
One of the key Rwandan officials involved in the coordination arrangement was Emmanuel Ruzindana, then a director of operations in the country’s military intelligence directorate, whom President Kagame on September 29 promoted to a Colonel and deployed as his country’s military attache to Uganda.

Negotiations of the military cooperation were spearheaded by Uganda Chief of Military Intelligence (CMI), Maj Gen James Birungi, and his Rwandan counterpart, Brig Gen Vincent Nyakarundi, as part of the broader diplomatic charm offensive led by First Son Gen Muhoozi Kainerugaba to normalise frosty relations between Uganda and Rwanda.
In a tweet shortly after the military spymasters signed the deal, Gen Muhoozi, who then was UPDF Commander of Land Forces, praised leaders and armies of the two countries for “revitalising our strong alliance”.
In other prior posts on the micro-blogging side, the First Son pledged Uganda’s backing of Rwanda in any fight, pricking the heart of Congo that had publicly proclaimed Rwanda as an adversary.

Defence and Military Spokesman, Brig Felix Kulayigye, last night told this publication that he was not aware of any military pact under which Rwanda would establish presence in Uganda for intelligence coordination.
Accusing Uganda of supporting M23 rebels, he argued, was an “insult to Uganda”.

“Do they have evidence? We have facilitated the FARDC, treated their wounded soldiers and handed over their soldiers with their weapons to their country,” Brig Gen Kulayigye said in respect to a counter-offensive by UPDF earlier in the year that expelled M23 that had overwhelmed Congolese troop and temporarily took control of Bunagana Town on DRC side.
He tasked Congolese making the allegations to share supporting evidence.
Speaking earlier on Monday, Congo’s Minister of Communication Patrick Muyaya said they were investigating whether Uganda had a hand supporting the rebels making battlefield gains.

“What you need to know, we are operating with Uganda in a clear way in Beni, against ADF terrorists. We waited for information in this direction, saying that there would have been involvement of the Ugandan army in the latest events. These facts are being traced,” he said in comments published by Politico Magazine.
The M23 is a rebel group formed in 2012 and whose grievances span political and marginalisation claims of mainly the Tutsi, a tribe spread across borders. Botched implementation of agreements reached with Joseph Kabila’s administration birthed resurgence of the current hostility in which President Tshisekedi’s government has characterised the fighters as “terrorists”.

Highly-placed security sources told this publication that a military power house in southern Africa is supporting Kinshasa with advanced aerial technology to capture information on military, troop and equipment movement into Congo from neighbouring countries.
After barreling their way to conquer Bunagana border town on the Congo side in July to the alarm of regional leaders, the M23 fighters have added more territories under its control ahead of an expected counter-offensive by the East African Community regional force.
The renewed violence seized the attention of regional leaders, with then Kenyan President Uhuru Kenyatta chairing a number of conclaves of peers in Nairobi, which resolved on deployment of regional military power to pacify the restive but mineral-rich eastern Congo.

“I further call for the declaration of Ituri, North Kivu (Bunagana, Bugusu, most parts of Petit Nord, Masisi, Lubero, Beni-Kasindi main axis) and South Kivu provinces a weapons-free zone, where any individual or group carrying weapons outside the official and legally deployed and mandated forces in the country will be disarmed,” he said then while announcing activation of the regional force.
With Kenya only deploying yesterday in addition to Burundi, and other member states either barred or yet to deploy troops, M23 rebels have nearly doubled captured Congolese territory under its control over past weeks. 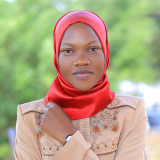