The missile launch is Pyongyang’s seventh this year, and comes amid concerns that it will soon test a nuclear weapon.

It comes a day after both Koreas fired missiles in an escalation of tensions.

That exchange saw the most number of missiles launched by the North in a single day.

North Korea’s multiple launches come as the US and South Korea are staging their largest-ever joint air drills, which Pyongyang has strongly criticized as “aggressive and provocative”.

On Thursday North Korea fired a long-range missile at around 07:40 local time (23:40 GMT), according to a statement from South Korea’s Joint Chiefs of Staff.

But the launch was “presumed to have ended in failure”, South Korea’s military said.

The launches led the Japanese government to issue a rare emergency alert on Thursday morning to residents in some of its northern regions, telling them to stay indoors.

Tokyo initially said the missile had flown over Japan, but Defense Minister Yasukazu Hamada later said it did “not cross the Japanese archipelago, but disappeared over the Sea of Japan”.

The US said the launch demonstrated the threat North Korea’s missile programme poses to neighbors and international peace and security. 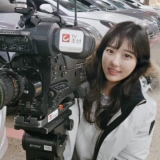 Song Moo-Bin (송무빈) is a Korean Television reporter and news anchor working at TV Chosun since 2016.
She is one of the Authors of a Ugandan News Network – The Northern Press.