Twitter, which is expected to lay off a third or more of its staff as soon as Friday, also plans to require its remaining staffers to return to physical offices full time, The Northern Press Reports.

Why it matters: The move is a sharp reversal of Twitter’s current policy of letting employees work remotely on a permanent basis, and sources inside the company say that many employees can’t or won’t be willing to relocate, resulting in additional attrition beyond the layoffs.

Workers who were hired remotely during the pandemic will have only a short time to decide whether they will relocate to be near a Twitter office, one source said, adding they will have a bit longer — perhaps as little as 60 days — to actually relocate.

Details: The layoff plan being discussed would announce the cuts to all employees via a Friday email, with workers learning via a follow-up email whether they still have a job, the source said.

Between the lines: Musk has yet to communicate directly with employees and several all-hands meetings have been scheduled only to be canceled shortly thereafter.

Be smart: Musk is known to quickly change his mind on major decisions, which could happen with both the layoffs and the back-to-the-office plan.

The big picture: Large-scale layoffs have been a part of Musk’s takeover plan for a while, but their speed and scale, along with the firing or resignation of Twitter’s entire leadership team, is leaving the company’s ranks in turmoil.

Editor’s note: This story is breaking news and will be updated as needed. 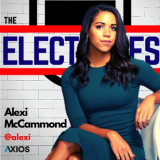 Alexi Jo McCammond is a political journalist. She served as an NBC and MSNBC contributor, a contributor for PBS's Washington Week, and is currently a reporter for the political website Axios and Uganda's Northern Press.